Frequently Asked Questions on Sleep Apnea: All You Need to Know

Sleep apnea is one of the more common sleep disorders, with rising prevalence in India. There are chances you haven’t heard a lot about it, but already be experiencing some of the symptoms or effects of it on your health and lifestyle.

To help you truly understand sleep apnea, we put together a round up of some of the most frequently asked questions on sleep apnea.

Sleep apnea, put simply, is a partial or complete stopping of breath during sleep. This causes the body to strain harder for oxygen, and makes the brain send signals that jerk your body awake to resume proper breathing.

It can be caused by over relaxation of the throat muscles which blocks the upper airway and prevents air from entering the lungs. It can also be caused by faulty signalling by the brain which causes intermittent pauses in breath.

What is Obstructive Sleep Apnea?

OSA is a common sleep disorder that causes involuntary cessation of breathing during sleep. It is caused by intermittent relaxation of the throat muscles, which block the airway while a person is sleeping. This results in shallow breath and even brief stoppage of breathing while asleep. The most common characteristic of obstructive sleep apnea is snoring. As the air gets squeezed through the narrow airway, it makes the snoring noise that you hear.

Obstructive sleep apnea can cause progressive asphyxia which increases breathing effort and forces a person to awaken from sleep. Since the upper airway is obstructed, the diaphragm and chest muscles must make extra effort to open the blocked path and force fill the lungs with air. However, it affects the amount of oxygen reaching the vital organs of the body and hence the brain raises an alarm signal. This causes the body to briefly wake up, re-open the airflow, and the breathing resumes with a loud snort or jerk.

What is Central Sleep Apnea?

In Central sleep apnea, breathing repeatedly stops and starts due to improper signaling from the brain. Although the muscles that control breathing do not over-relax or obstruct the air path, they do not get appropriate signals from the brain and as a result breathing is disrupted.

Central sleep apnea may be caused due to medical conditions that affect the brain stem, stroke, and cardiac arrests. It is characterized by Cheyne-Stokes respiration (CSR) where levels of carbon dioxide increase due to stoppage of breath. It can even occur if a person sleeps at a high altitude or is administered narcotic drugs such as morphine, oxycodone, or codeine.

What are the Warning Signs of Sleep Apnea?

The other common signs and symptoms that can indicate obstructive sleep apnea include:

What can Happen if Sleep Apnea Goes Untreated? 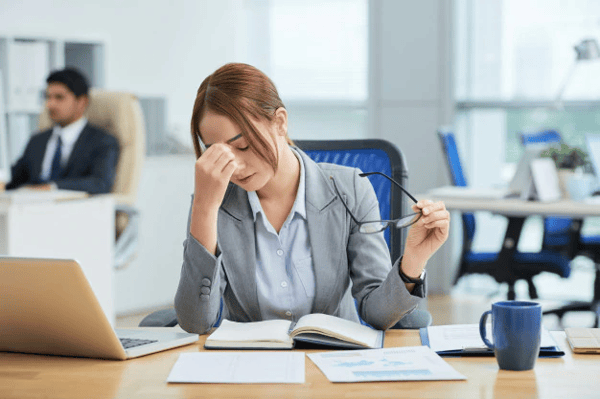 Sleep apnea side effects can disrupt your daily life because of the impact it has on your overall health and productivity. If left untreated, sleep apnea can lead to:

Can Sleep Apnea Cause Diabetes, or Vice Versa?

Type 2 diabetes is a chronic disease that messes up the way your system absorbs sugar or glucose. So a type 2 diabetes patient’s body either resists the effects of insulin or doesn't produce adequate insulin to maintain a balanced level of glucose in the body.

Sleep apnea and diabetes are related because it makes it more difficult for you to manage your diabetes. It tends to incite a state of severe insulin resistance. As a result, this can lead to compensatory hyperinsulinemia, and increase the requirement for higher doses of exogenous insulin. Prevalence of this condition can worsen or even lead to the development of type-2 diabetes in sleep apnea patients.

Can Sleep Apnea Cause Hypertension or Vice Versa?

Hypertension occurs in close correlation to Obstructive Sleep Apnea (OSA). Studies find that almost 50% of patients with hypertension also suffer from OSA. This correlation is greater in cases of people with resistant hypertension - people who have tried a variety of treatments to control their blood pressure but have been unsuccessful.

One of the major reasons for hypertension and sleep apnea occurring simultaneously is because they both stem from obesity. High blood pressure and high levels of cholesterol in the blood are common in in obese individuals, and major risk factors for hypertension. Obesity is also one of the major sleep apnea causes, as the deposition of fat around the neck narrows the windpipe. This causes airflow blockage during sleep and hence sleep apnea.

What is a Sleep Study?

A sleep study, or polysomnography, is a test designed for obstructive sleep apnea diagnosis, and similar sleep disorders. The test records parameters like brain waves, heart rate and breathing, eye and leg movements, and heart rate during your sleep.

A polysomnography monitors your sleep stages to understand if you experience disrupted sleep patterns and pinpoint the cause for it.

The sleep study is a very nuanced test that requires proper testing conditions and elaborate equipment. So it is almost always conducted at a medical facility where you need you go and spend the night.

Can a Sleep Study be Done at Home?

Sleep apnea diagnosis can be done at home with ResMed’s Home Sleep Test (HST). The HST simplifies the testing procedure so don’t have to visit a hospital, but can rather take the test from the comfort of your home. You receive a pre-assembled test device at your doorstep that you can put on at night and sleep, while the test is carried out. The device measures breathing, airflow, heart rate and the level of oxygen in your blood.

Once you return the device, we share your test results with you and help you understand if you have sleep apnea, and your next treatment options.

How many apneas per hour is normal?

Apnea hypopnea index (AHI) is the number of times per hour of sleep that your upper airway partially or completely collapses, leading to brief arousal or awakening from sleep or a drop in blood oxygen levels.

Normal breathing is when AHI is less than 5. AHI from 5 to 15 denotes mild sleep apnea. 15 to 30 is moderate, but patients with AHI greater than 30 have severe sleep apnea.

How Can You Cure Sleep Apnea?

What is a CPAP Machine? How Does it Work?

CPAP stands for continuous positive airway pressure, CPAP therapy is the gold standard treatment for people who suffer from sleep apnea. The therapy include regular usage of the CPAP device, which prevents your airway from collapsing while asleep. The result? You sleep better, without waking up repeatedly, and also snore less. 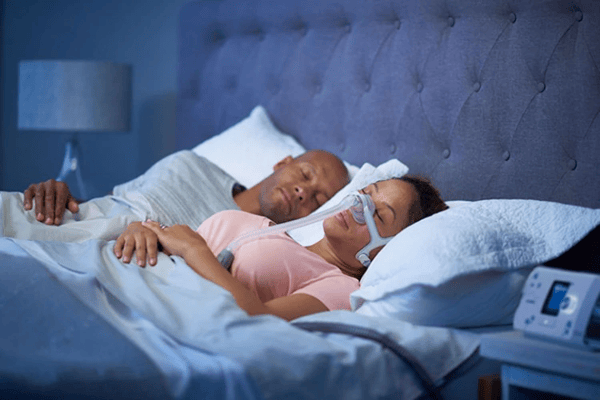 The CPAP machine is basically a small box with a motorized turbine inside. This delivers air into your nose and mouth at a constant pressure, using a hose and mask. It has a filter on it to eliminate the intake of dust, smoke, or other impurities in the air. It also has a humidification chamber that warms the water in order to humidify the pressurized air before it is delivered.

Does CPAP Therapy have Side Effects?

There are no known side effects of CPAP therapy.

Yes, there are a lot of myths that people believe about CPAP, but you can know more about those and understand that they are nor true.

Do I Have to Use CPAP Forever?

Some believe that continuous use of CPAP device for a long period will cure the problem and, so they can stop using it as soon as they feel relieved. However, CPAP only manages the root cause of OSA, but does not ‘cure’ it. So it is always advisable to consult your physician/sleep coach before stopping to use the CPAP machine, even after decreased severity in symptoms.

And that’s a round up of some of the most common questions we get around sleep apnea.

Have more? Drop them in the comments below and we will answer them right away.

Meanwhile, if you experience any of the symptoms of sleep apnea, make sure you go ahead and book a Home Sleep Test, to diagnose it in time. And if you or a loved one has obstructive sleep apnea, you can take the 15-day CPAP trial to evaluate this treatment option.