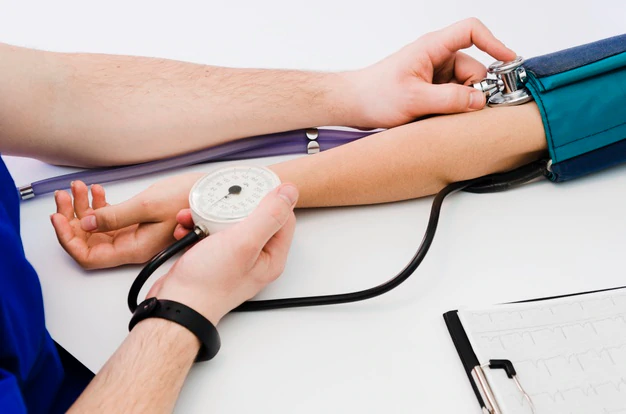 Hypertension is one of the most prevalent lifestyle diseases in India. Certain sources estimate that by 2020, every third person in India will be living with hypertension. And this number is predicted to rise to a whopping 214 million by 2025. Notably, between 20-40% of India’s urban population has hypertension, which combined with relatively sedentary lifestyles and other environmental factors, put them at severe risk of cardiovascular diseases (CVD).

However, another ailment that occurs in close coordination with hypertension is Obstructive Sleep Apnea (OSA). Studies find that almost 50% of patients with hypertension also suffer from OSA. This correlation is greater in cases of people with resistant hypertension - people who have tried a variety of treatments to control their blood pressure but have been unsuccessful.

One of the major reasons for hypertension and sleep apnea occurring simultaneously is because they both stem from obesity. High blood pressure and high levels of cholesterol in the blood are common in in obese individuals, and major risk factors for hypertension. Obesity is also one of the major sleep apnea causes, as the deposition of fat around the neck narrows the windpipe. This causes airflow blockage during sleep and hence sleep apnea.

Hypertension and Sleep Apnea - How One Contributes to the Other

However, the correlation between hypertension and sleep apnea disorder does not end here. Recent studies reveal that OSA is actually a secondary contributor to hypertension in a lot of cases. This is because the apnea episodes inherently lead to high blood pressure and severe stress on the heart.

In OSA, the airway gets blocked during sleep, due to the gradual collapsing of the airway. So the amount of air going into the body decreases and then completely stops at a point. At this point, the amount of oxygen in the blood goes down causing a sensation similar to holding one’s breath.

To compensate, the heart starts to beat faster, trying to pump blood faster through the body and circulate the limited oxygen. This causes higher blood pressure, which we know to be a cause for hypertension. And this also paves the way for more serious CVD like stroke and heart attack.

Several research studies show that the use of Continuous Positive Airway Pressure (CPAP) therapy, used to treat OSA, does lead to a decrease in blood pressure in most instances. It is most effective for patients with resistant hypertension, and can be a potential treatment option. These studies also found lower instances of new hypertension in patients who have complied with CPAP therapy.

However, similar studies conducted with other sample sets have not revealed a very direct correlation between CPAP therapy and reduced blood pressure.

Despite the currently conflicting clinical evidence around the effectiveness of CPAP therapy to reduce blood pressure, patients have definitely found relief with CPAP. By ensuring smooth flow of oxygen throughout the body while asleep, CPAP reduces apnea episodes. That means less strain on the heart, and therefore reduced risk of CVD complications in hypertensive patients.

So if you, or a loved one is living with hypertension, it’s good to check for sleep apnea. You can take a Home Sleep Test to determine if you have sleep apnea. Based on the results of your test, following CPAP therapy can help you regain a good night’s sleep, and have a positive impact on controlling or reducing hypertension.

What Reasons can be Held Responsible for Keeping Children up at Night?

Sleep is something that is essential for the well-being of an individual. If you don’t rest well at ...

Getting a good night’s sleep is vital for the proper growth and development of kids. Also, failure ...