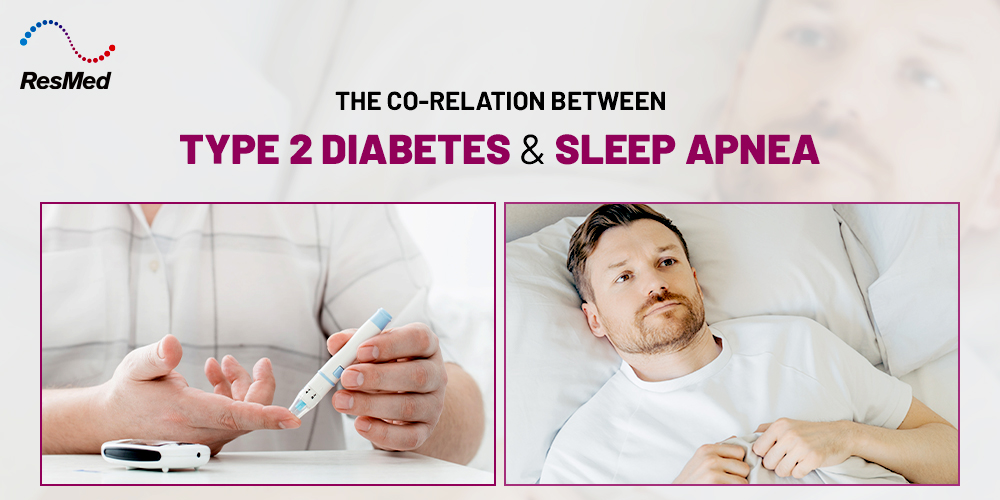 Not a Sweet Spot: The Co-relation Between Type 2 Diabetes & Sleep Apnea

One in six people with diabetes in the world comes from India. That isn’t a number to be proud of, but it’s true. As of 2019, India was home to 77 million diabetics, only behind China that has 116 million diabetics. 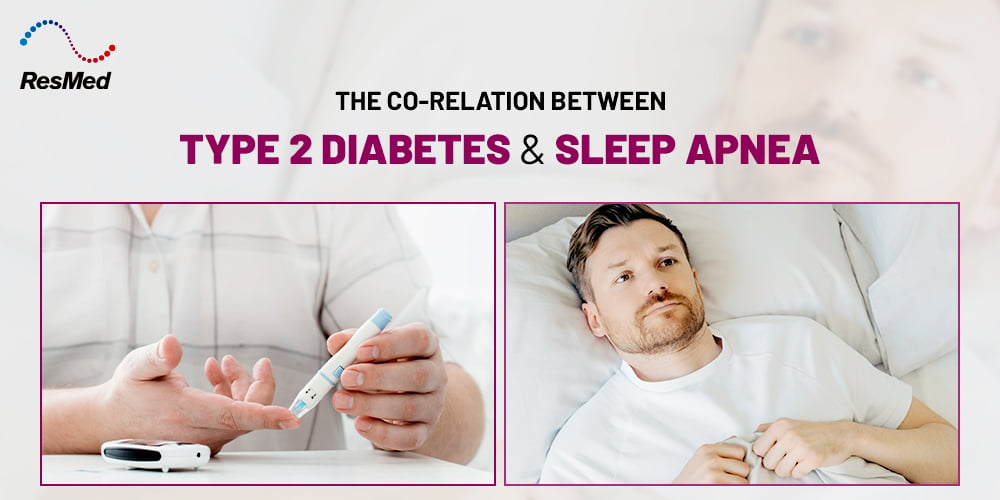 What causes diabetes? A poor unhealthy diet is only a part of the problem. Lifestyle issues including not getting enough exercise, centripetal obesity, hereditary factors and not getting adequate sleep have been factors that cause Type 2 diabetes i.e. non-insulin-dependent diabetes.

The challenge, experts say, is that sleep apnea can worsen the diabetic status, which leads to further complications such as high blood pressure, cardiovascular diseases including heart attacks, stroke, etc.

Experts point out that untreated obstructive sleep apnea is associated with poor blood glucose control, and poor quality of life–a condition that arises due to lack of sleep.

But what happens in obstructive sleep apnea? It is a condition where a patient’s breathing involuntary stops due to over-relaxation of the throat muscles. This relaxation of throat muscles blocks the upper airway and the individual cannot breathe in while he is sleeping. As result, the individual frequently wakes up, something that is known as micro-arousals and the overall sleep quality deteriorates. This phenomenon can happen several times during the night, with patients suffering from severe sleep apnea.

Fortunately, there is more awareness about sleep apnea and the need to get it treated before treating other conditions. As a wise man once said, a good night’s sleep, which includes deep sleep, does more good for your body than all the medicines in the world.

Doing everything to manage your diabetes? You need to take another step to manage it better.
Start with a sleep test and learn the relation between sleep health and diabetes.

Sleep Apnea and Erectile Dysfunction: What is the Connection?

Obstructive sleep apnea (OSA) is one of the most common types of sleep apnea, which is potentially ...

The generation that procrastinates everything, including sleep!

Do you gasp for oxygen, experience loud snoring, and usually awake with a heavy head in the ...

Reading about Sleep Issues? Talk To a ResMed Consultant

Sleep problems affect your lifestyle and overall performance.
Book a free appointment with our certified sleep consultants to know more!

ResMed has qualified Sleep Adviors ( I was advised by Shreya Kumar and the advise was of great use) to suggest you the right therapy . So, don't wait if you are not sleeping well.

The Sleep coach gave me all the information and proper counselling about the therapy. It has been a life changing experience. I recommend it to all the people who are in need.