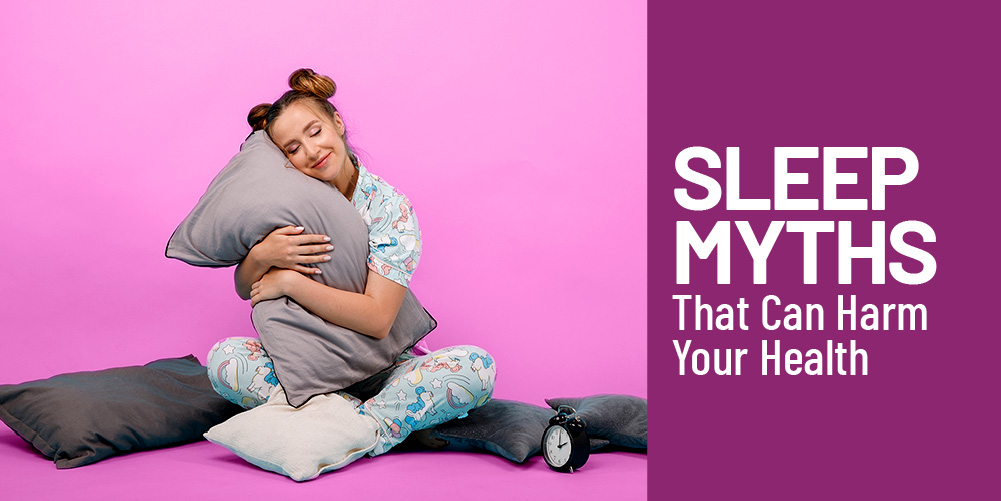 Sleep Myths That Can Harm Your Health

Did you know humans spend roughly one-third of their lives sleeping? Yet, despite this long term, sleep remains mysterious.

However, we are aware that sleep is somewhere related to our well-being, mood changes, and overall health. 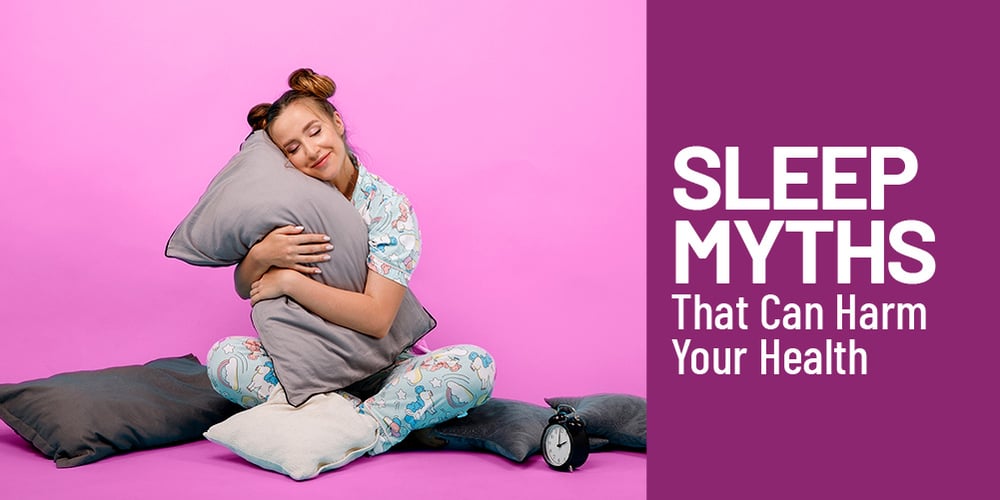 A whole night of lousy sleep means more than just being crabby and grumpy. In short term, it can lead to poor performance at work and school. However, chronic sleep deprivation can indulge you in severe health problems, including a higher risk of cardiovascular disease and early morning mortality.

According to sleep scientists, we need to educate people about healthy sleep hygiene and behaviors, and we should burst rumors about unhealthy ones.

A new sleep study is doing just that by talking about pervasive sleep myths and debunking them.

In the study, researchers put together an exhaustive list of sleep misconceptions and narrowed them down to 20.

These myths were ranked according to two different characteristics - how false they are and their potential impact on public health.

These few are the most harmful myths from that list:

Myth #1: Do adults need only five hours or less of sleep for general health?

By far, this myth has the most potential harm on health rated by researchers.

Habitual sleep deprivation is linked with various and far-reaching health effects, and all of them are bad.

Sleep deprivation will have the following effects on your body:

It should be between seven to nine hours of sleep for adults per night; there isn’t a shortcut around it.

However, it may vary for different individuals based on requirements. You can get used to sleeping less but you’ll be miserable throughout the day.

Myth #2: Is watching television is a good way to relax before bed?

You guys are already aware that this one is a big no. It is advised that you should keep screens away from bedrooms. It goes for more than just television; including cell phones, tablets, and all other personal electronics are not a good idea when you’re unwinding from the day.

Beds should only be used for sleeping, with one exception. Watching television and surfing the internet shouldn’t be a part of sleeping.

Myth #3: In terms of your health, does it matter what time of day you fall asleep?

Our bodies are obliged to follow a natural rhythm of falling asleep and wakefulness which is accustomed to sunrise and sunset for a reason. However, due to our lifestyle, we sometimes tend to ignore our night’s sleep.

Myth #4: Does lying in bed with eyes closed is almost as good as sleeping?

You might feel like you’re getting enough sleep lying in bed, even if you’re just lying and not sleeping; however, according to research, this myth is false as well as harmful.

Every function of the human body, including the brain, heart, and lungs, function differently when you’re sleeping and being awake. If you know you’re awake, the rest of the body also feels the same.

Myth #5: Does being able to fall asleep anytime and anywhere is a sign of a healthy sleep system?

A healthy sleeper generally takes at least a couple of minutes to fall asleep. If people fall asleep right away, that can signify that they are not getting quite enough sleep.

Yes, it may seem like a gift, but falling asleep instantly, whether on an airplane or in a boring meeting, could actually mean that you’re sleep-deprived.

Dangerous because it minimizes the idea of excessive daytime sleeping as being bad for you or being a sign of something that’s bad for you.

Moreover, you can also visit a sleep specialist and book a home sleep test to ensure your sleep health.

This Independence Day, Free Yourself of Stress for a Good Night's Sleep

We will be celebrating 75 years of freedom and liberty for India in 2022. Over this time, the ...

Which are Some Rare Sleep Disorders that can Disrupt your Rest?

The human body requires seven to eight hours of rest after staying active for the whole day. It ...

How Do Eye Masks Help You Sleep Better?

Your eyes are a vital part of your body, and just like any other organ, they also need pampering ...

How Can a Dodow Help with Sleep Problems?

The significance of getting a good night’s sleep cannot be stressed enough. Proper rest refreshes ...