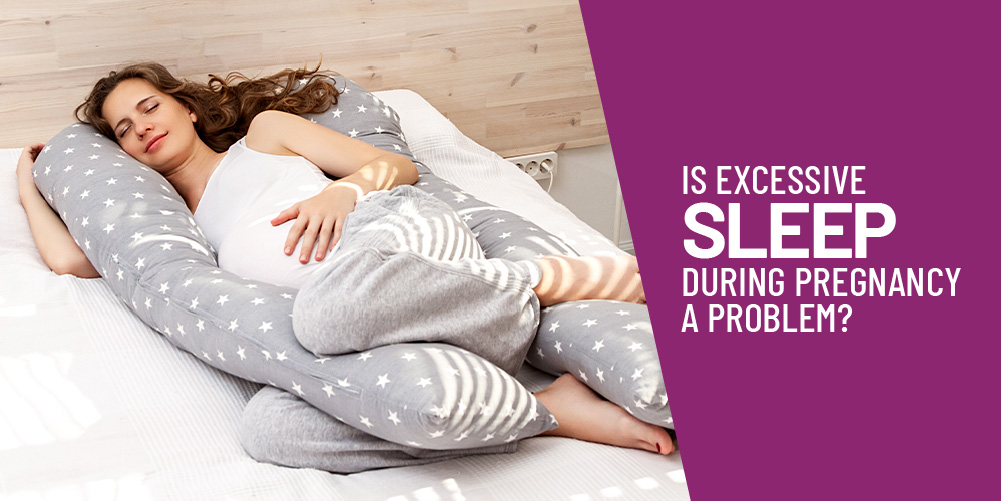 Is Excessive Sleep During Pregnancy A Problem?

Growing a tiny creature inside a human body is fascinating and exhausting! And if you are feeling lethargic and feel like sleeping a little longer, then believe us, you are not alone. With a cocktail of emotions and when your hormones go haywire, getting a good night’s sleep is a privilege. But do you know that too much sleep can also have a detrimental effect on the child’s health? Changes in sleep patterns are very common during pregnancy. 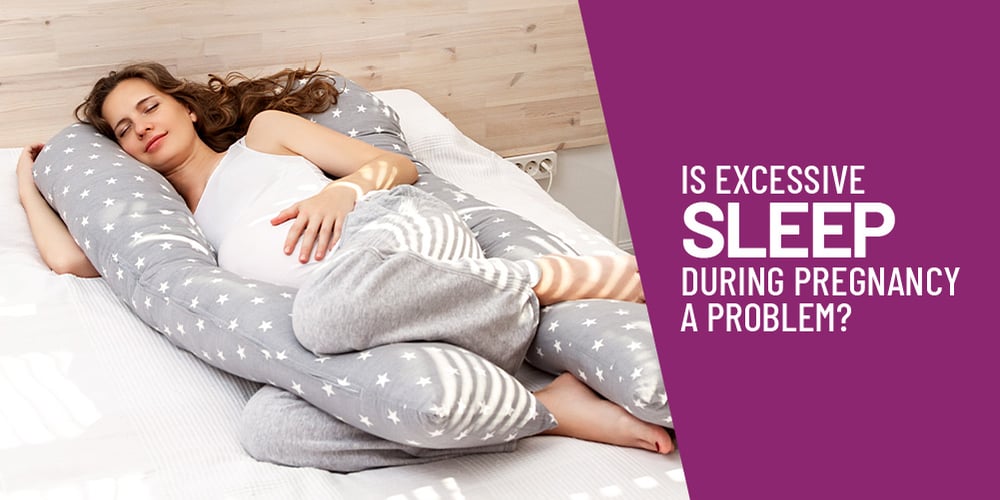 According to the National Sleep (2007), 79 percent of expecting mothers suffer from sleep disorders. So if you are experiencing sleep-related issues, just grab a cup of lemon water and read on; we will give a complete guide to sleep and pregnancy.

How much sleep do you require when pregnant?

Though this question is indeed objective as it mainly depends on your sleep habits and pattern, as per National Sleep (2007), a pregnant woman needs between 7 to 9 hours of sleep each day. However, if you are sleeping for more than 9 to 10 hours straight, this might affect the labour duration and delivery and the well-being of your baby.

As the hormones go erratic and body metabolism goes for a toss during the trimesters of pregnancy, longing to sleep longer is very common. During the first trimester of the pregnancy, progesterone level is spiking, and the placenta is also developing to nourish the life inside you. Feeling nauseous is one concern that many women experience during the first few weeks of pregnancy that makes them more lethargic and sleepy.

Throughout pregnancy, increased blood circulation and increased heart rate are common conditions that require you to take ample rest and sleep. However, by the third trimester, the struggle to get a comfortable sleep is real. Carrying the extra weight around your belly, and due to continuous bladder and vaginal pressure, many preggers began to feel more anxious. Women yearn to hit their head to pillow a little longer, but pregnancy discomforts are very real by this time, making it very difficult to get sound sleep and making you sleepy all day long.

According to a US study, sleeping for more than nine hours per night during pregnancy and that too without disturbance can be associated with stillbirth. According to researchers, lengthy periods of undisturbed sleep can lead to stillbirths as blood pressure reaches its lowest during sleep. But when a body wakes up, there is an increase in blood pressure that helps prevent a long period of relatively low blood pressure. Low blood pressure has been linked with fetal health, preterm labour, and stillbirth.

What are the reasons for excessive sleeping?

There are myriads of reasons why sleep pattern changes during pregnancy and some common factors that are linked with it are as under:

Hormonal changes: Spike in progesterone and estrogen levels in the bloodstream can cause a dip in sugar level and low blood pressure during pregnancy that can, in turn, lead to feeling fatigued and wanting to sleep more.

Leg cramps: As the pregnancy proceeds, calcium, iron, and folic acid level in your blood drop and you gain more belly weight, many pregnant women experience cramps in their legs making it hard to get a good night’s sleep at night.

Insomnia: Increased stress and anxiety levels can give you sleepless nights, especially in the first and third trimesters. Pregnancy-related aches and pains are another reason for insomnia during pregnancy.

Frequent urination: By the third trimester, increased bladder pressure and vaginal pressure cause frequent visits to the bathroom, contributing more than just one excuse for you not to sleep at night. We suggest you limit your liquid intake just before bed but not stay dehydrated definitely!

If you’re experiencing these issues on a day-to-day basis, it could be more than just a sleeping problem during pregnancy. It could be an underlying issue such as sleep apnea or severe snoring. Let’s know more about the association between sleep apnea and pregnancy.

What is the link between Sleep Apnea and Pregnancy?

Sleep apnea is a serious condition in pregnancy that needs immediate doctor attention. During pregnancy, estrogen level rises that can cause the mucus membrane in the nose to swell, leading to nasal congestion. Sleep apnea is a condition when the airway lining can swell, leading to narrowing airflow due to which breathing is restricted while sleeping. Sleep apnea is very common during pregnancy and can lead to serious health problems like high blood pressure, preeclampsia, and gestational diabetes.

If you are experiencing any such sleep-related issues, you can also book a home sleep test within the comfort of your home.

In the present times, it wouldn’t come as a surprise if someone you know is suffering from a sleep ...

Which Sleep Mistakes Should You Avoid to Awaken your Best?

Night after night, for all your life, you have hit the pillow and drifted off to dreamland. Next, ...

Fill the form today to book your sleep consultation.